Regardless of the reasoning behind this court action in Britain, free speech in England seems to have become a thing of the past.  You can be sued for any statement for any reason.  This case against Craig Murray may bankrupt him which not only effects himself, but his wife and children as well.  There are few details of this case, as by British law he is not allowed to speak much about it.  He has little to no money to defend himself and could use our help. It was his Sky TV appearance that led to the allegations and the legal suit. 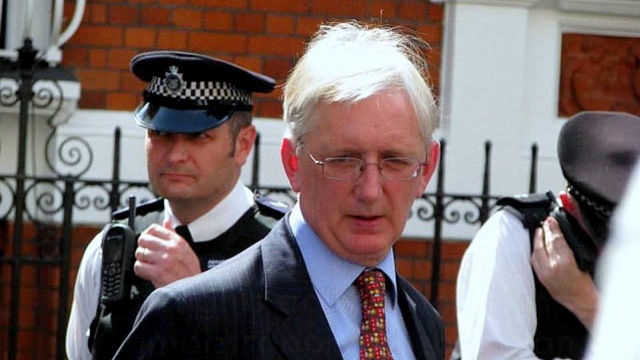 It is a terrible thing when you cannot speak freely about subjects that people need to hear about.  Britain has become an advocate to stifling free speech and prosecuting those who speak the truth as seen in Julian Assange’s case as well. Their contempt of court laws prevent poor individuals from speaking of their cases openly with threats of contempt of court and 2 years imprisonment for doing so.  How is this fair to the individual without means to defend themselves?

Though I often don’t agree with his fight for Palestine, I do not agree with this violation of human rights on this individual by the British government.  Regardless of country, free speech is a God given right to humans.  Attacking anyone for speaking their feelings about anything that they believe is taking that right away and is tyrannical and unlawful.  This court case is a disgrace.

Who is Craig Murray?  Well, let me tell you.

Craig Murray is a former British ambassador who advocates for human rights and a historian. According to Wikipedia:

“During an interview with the American radio presenter Alex Jones on 21 August 2006 regarding torture and the 2006 transatlantic aircraft plot, Murray claimed that false intelligence on al-Qaedaplots was obtained through torture done by Central Intelligence Agency (CIA) proxies, and that the intelligence gained is used as a propaganda tool.[“

Murray was threatened with legal action over publishing documents that were considered confidential but no writ was ever issued against him.  Many peer to peer websites picked up the documents and republished them.  Craig is also a close friend of Julian Assange’s and has campaigned to free him outside the Ecuadorian Embassy. Murray also stands behind Julian in his claim that Russians did not provide the DNC leaks and Podesta emails. In his quote from Wikipedia he stated:

“I know who leaked them,” Murray said. “I’ve met the person who leaked them, and they are certainly not Russian and it’s an insider. It’s a leak, not a hack; the two are different things”.

Craig Murray was awarded the Sam Adams Award in 2006 for his work on exposing the torture in Uzbekistan.