Have you recently come across an Anonymous account on a social media outlet that seems bogus or seems to spread fake news?  Beware!  Anyone can call themselves that and be misleading! Carefully vet the account you are reading. They often spread fake propaganda and fake news hoping to mislead the general public.  Of course, there are genuine Anonymous accounts but many are just average citizens looking for five minutes of fame or could even be an FBI or CIA agent.

Recently, November 5th was declared the #MillionMaskMarch calling for people to march with their masks. If you choose to do so be careful as you do not know who you are dealing with. After all, they are wearing masks! Many are choosing to march to #FreeAssange and I am here to promote that as well.

After all if anyone reminds me of Guy Fawkes in the movie it would be Julian Assange.  Persecuted for bringing the truth to the public, detained in an Embassy for 7 years without charges and wanted by the US government for exposing corruption, this man is the epitome of Fawkes.  To key a phrase #IamJulianAssange

Wikileaks and Julian are constantly barraged with media smears and accusations of false documentation.  However, when this is debunked, most resort to calling it “old news” and try to dismiss it. In 11 years of existence, they have never had to retract a single story or document as false because they vet everything they publish.  They have won every court case challenging the information they release as well. No mainstream media source can truthfully claim the same thing. Isn’t it time we stood up for the truth and for real “anonymous” sources like those that leak to WikiLeaks?

Quite often, supporters tangle with these counterfeit Anon accounts and political trolls who use the name to smear those they hate.  Some are agents of the federal governments trying to spread lies and others are just people who have nothing better to do but sit on their computers and attack others for fun.  Just remember, just because someone said it, doesn’t make it fact.  Check out their sources, check them out and believe nothing you hear until it’s proven. This also includes mainstream media sources as often times they are spreading propaganda and lies as well… 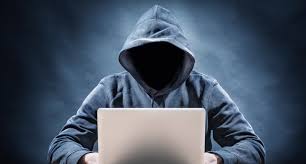