As if the tyranny of Spain towards the Catalans is not enough, Germany has arrested their chosen President. Puigdemont had taken exile in Belgium from the Spanish arrest warrant that claims he has committed sedition and rebellion by supporting the referendum to free Catalonia from Spain and it’s oppression.  The referendum was held October 1st of last year and resulted in horrific violence by the Spanish police against the Catalans as seen below. 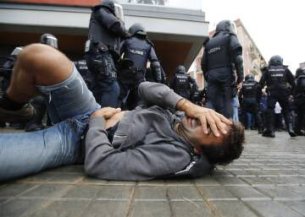 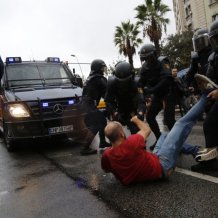 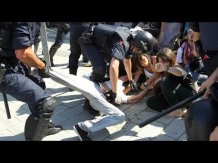 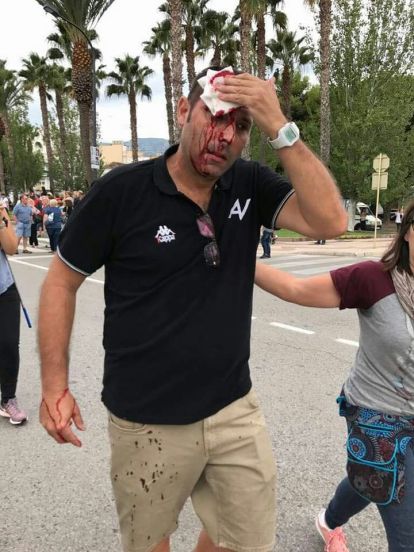 Since then, a new election for Catalan parliament and the presidency was held resulting in pro-liberation candidates being reelected including Puigdemont. In reaction, Rajoy of Spain refuses to acknowledge the election results and the tyrannical behavior of Spain towards Catalonia continues.

If you believe in Democracy, you will support the Catalans who have been oppressed for centuries by terrible governments who abuse their people and use their resources and money for their own benefit.  Spain continues to hold illegally many political prisoners who held office in Catalan’s parliament and refuse to release them.  Catalonia contributes 22% of Spain’s taxes because of this Spain knows its already failing economy would plummet if Catalonia becomes its own country.

The issues the Catalan people face now are leftovers of the Franco regime. A quote from a gentleman from Catalonia states:

“Prior to events on the 1st, academics, lawyers, MPs, and Lords were already contacting the Spanish authorities to express disgust at the denial of civil liberties in Catalonia. Arresting officials, raiding ministries, taking away IT equipment, closing websites, making threats, running a negative propaganda machine about the 15 000 strong state-sponsored occupying thug force. “

The behavior of the authorities in Spain has shown the totalitarian nature of the governing body and must be dealt with by the EU and the world. Recently, the regime has ordered arrest warrants for sedition for the Catalan governing body, including the President, Vice President and mayors of cities in Catalonia. This is also a tactic of the Third Reich, hoping to instill fear in the masses.The people of Catalonia only wish to get away from the barbaric practices of the leftover Franco reign of power.

Another quote from a Catalan:

“Unlike Catalonia, which is very focused on what it wants, namely to get away from these nutcases who don’t seem to be able to do anything of substance, except attack the elderly, children, doctors, fireman, Catalan policeman, anyone they like as there is no command or control. Spain is rapidly turning in to a failed state with street gangs trying to create trouble. Catalans are not interested in this poor behavior, it does not scare them in any form whatsoever.

It is actually having a reverse effect galvanizing the Catalans and their many foreign supporters based in and out of the countrywhile putting a massive dent in Madrid finances. It is quite disastrous for Spain’s already fragile economy.

Meanwhile, the Catalans are getting on with their move to independence to create a wealthy and socially sound state where there are opportunities for all, not just a few greedy people right at the top. The people running Catalonia are not left-wing radicals, in fact, the current President of the Generalitat, Carles Puigdemont had his own business for many years. Similarly, I am not a left-wing radical, I control funds of around ten billion euros and have worked with many of the world’s best-known companies, financial institutions, and governments.”

The arrest of Puigdemont and the impending decision to extradite him to Spain is just another ploy of Rajoy to put down the desire for independence and instill fear in the Catalans.  This fight will go on and the people of Catalonia will one day be free whether the Spanish government likes it or not. #FREECATALONIA

In conclusion, the people of Catalonia have the self-determination and the resources to become a country and the EU and other world powers must see this and back them against Spain. The world needs to see what is going on and see the atrocities committed against this peaceful people and stand up for human rights. We as individuals must bring the heinous behavior of the Spanish government and Rajoy to the rest of the world. As they say, “Knowledge is Power” and “The Pen is Mightier than the Sword.”

One thought on “Carlos Puigdemont Arrested Near German Border”