Cassandra Fairbanks, a well known journalist, arrived Friday morning in Here’s true protest: @CiaronOReilly burning a Dollar, addressing today’s solidarity #AssangeSupporters “Not all Australians, not all British, not all Ecuadorians can be bought with this!” #FreeAssange https://t.co/f4reVPaHUt to stand watch over her frien Assange after threats of expulsion in “hours or days” became public. She has continually updated us with tweets and will continue. You can view these on Twitter on her feed @CassandraRules.

Earlier today armed police entered the building, checked out the alley beside it and left. Here are the tweets. 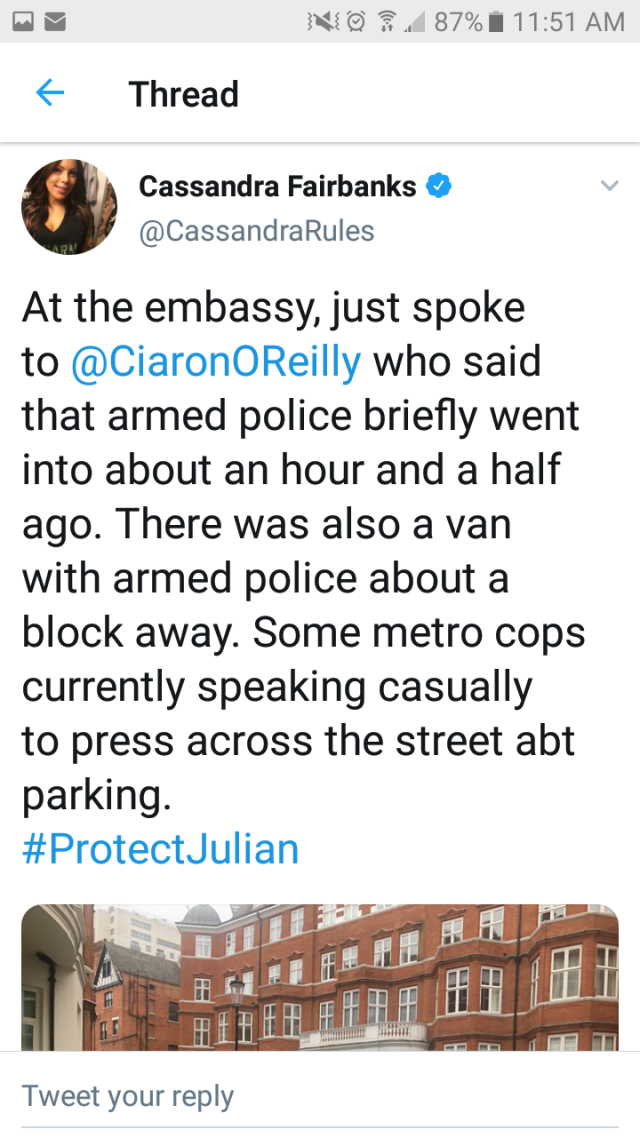 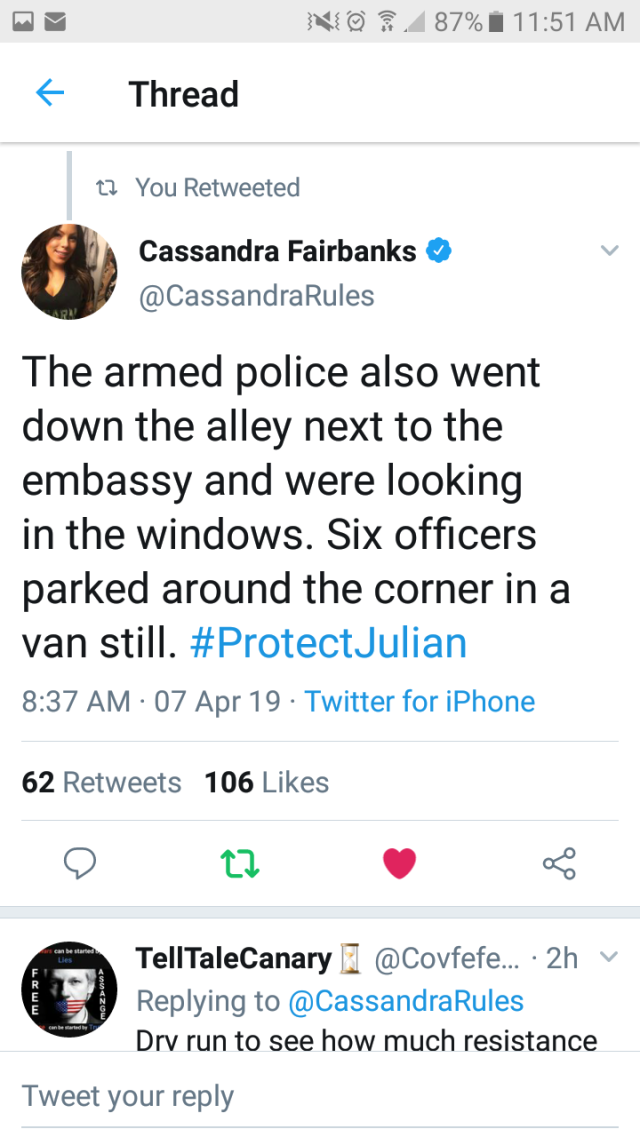 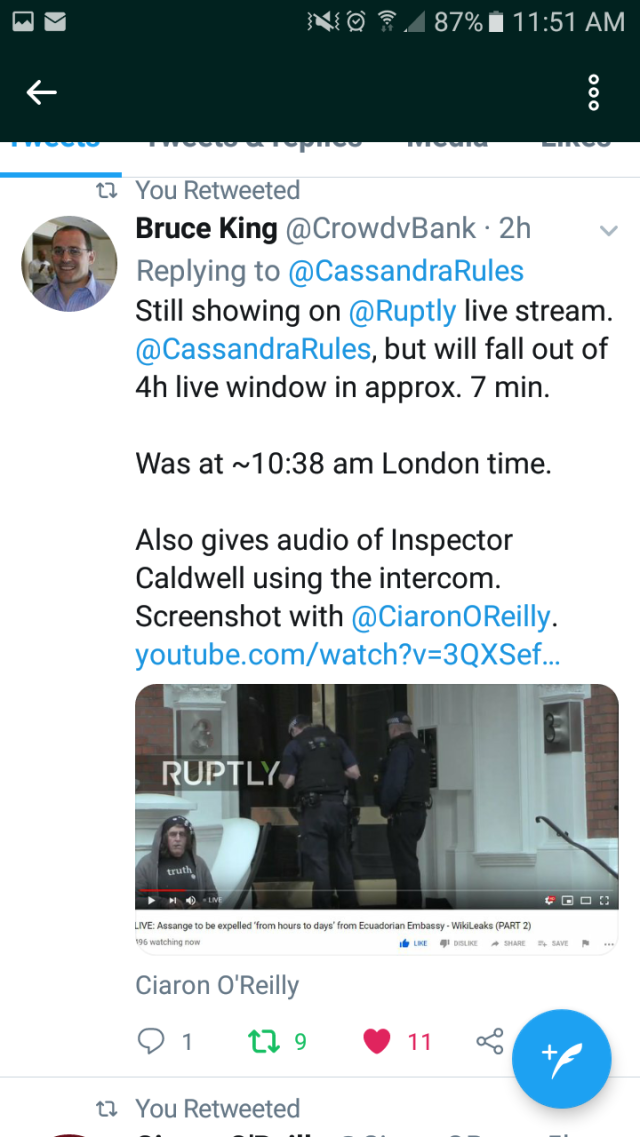 Ciaron O”Reilly seen here burning a dollar bill,“Not all Australians, not all British, not all Ecuadorians can be bought with this!” He forgot neither can all Americans. This is actually a worldwide statement, There are people worldwide who agree and live it.

Though I tried to raise funds to be there i was unable to so any funds raised will be used to do a DC vigil as soon as possible. Please donate to defend.wikileaks.org/donate to hrlp raise funds for Assange’s legal fees.