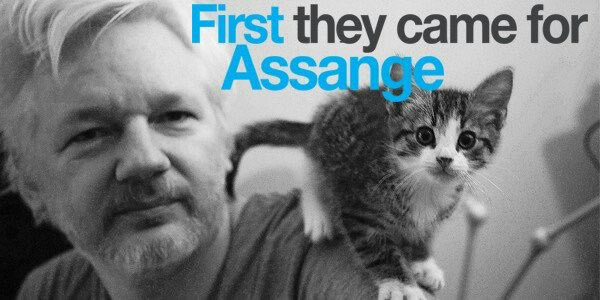 Many Assange supporters have been yelling it from the rooftops for years. We tried to tell you if we allowed what was happening to Assange, there would be more attacks on free speech and free press in the future. No one really listened except a select few. Most media didnt care because it didn’t affect them. Many indie journalists thought they would be left alone. 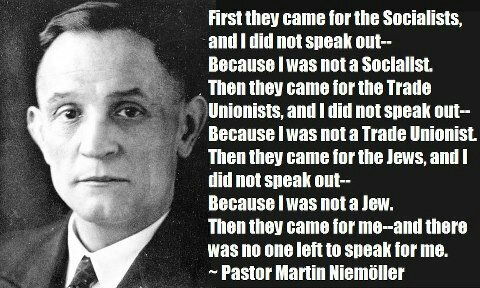 Guess what? The death of our rights has begun starting with the arrest of Assange. We told you so. It will start with social media slowly silencing the opposition. It won’t happen overnight. Then they come after the average person and begin silencing them.

First they came for Assange but I didnt expose war crimes.

Then they came for the journalists but I wasn’t a journalist.

Then they came after me and there was no one left to tell my story.

The plight of Assange may not affect you now. You may not even like him but it’s not really about the man, but the precedent this sets.

It’s not just free speech and free press at stake either. By detaining Assange illegally for nearly 7 years in the Embassy, the U.K. and the U.S. set an example of how power can destroy anyone who stands up against corruption. It destroys human rights of the individual in any case of false imprisonment or asylum.

Assange was basically extradited from Ecuador to the U.K. illegally against international law. Asylum is not to be revoked. It is the only protection many refugees have to protect them from countries who intend to kill them. When Ecuador evicted Assange they destroyed that protection.

Then there is the torture of Assange in the last year in the Embassy. They essentially put him in solitary confinement for 8 months by refusing to allow him internet access, phone and visitors. This man wasn’t even charged yet with any crime! After 15 days, solitary confinement is considered torture according to the Nelson Mandela Act.

7 years with 6 times outside for a few minutes each time is a crime against human rights as well. Even mass murderers and rapists get an hour in the sun daily. By the time Assange was arrested on April 11th, 2019 the inevitable consequences of lack of Vitamin D were evident in a reduction of bone mass. This and lack of proper medical care should be considered torture. Assange struggled with infections from a tooth that needed a root canal for 6 years. Ever had a toothache? Yeah, it’s torment!

I am still trying to figure out how Assange could even be charged with a bail breach when:

The whole situation of Assange is such an outrageous injustice and violation of our rights, it is unbelievable they are even attempting it.

Also there is the huge case of invasion of privacy when Ecuador not only spied on Assange but apparently either sold or simply gave media documents and recordings.

Anyone with a mind can see what they are doing if they just think. Please, even if you don’t like Assange fight against the consequences of these actions against humanity and everyone of us.