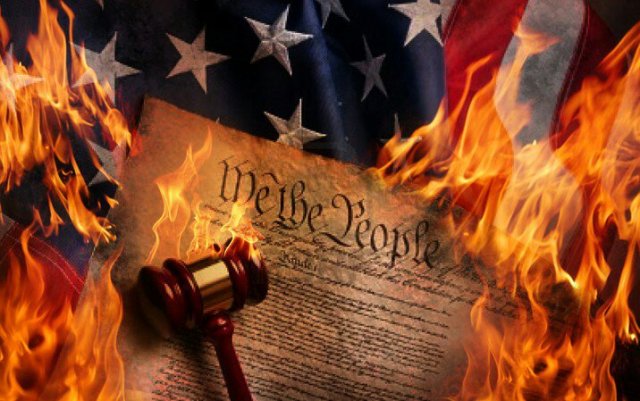 I am going to share everything I can find in the U.S. Constitution to use in the legal battle to free both Assange and Manning. Many rights have been violated. I will also explain why it doesn’t matter if Assange is a U.S. citizen or not. We need everything we have to fight this corrupt case against a journalist and former whistleblower.First, let’s talk about why the Constitution protects Assange who is not a citizen. In an article seen in Forbes regarding immigrants:

The same way it applied to enemy combatants held at the U.S. base in Guantanamo Bay in a 2008 U.S. Supreme Court decision, Boumediene v. Bush, which held that the basic right of habeas corpus to challenge illegal detentions extends even to non-citizens on foreign territory. The American Civil Liberties Union and many legal scholars also believe Trump’s order violates the First Amendment freedom of religion by singling out Muslim immigrants for discriminatory treatment.

In an another article found at maniaislawoffice com:

There is a misconception that the U.S. Constitution applies only to U.S. citizens. Some passages and phrases in our laws explicitly state only “citizens” are afforded certain rights, such as the right to vote. When the terms “resident” or “person” is used instead of citizen, the rights and privileges afforded are extended to protect citizens and non-citizens alike. Moreover, protections under the 14th Amendment ensure that no particular group is discriminated against unlawfully.

Nowhere in the first 10 amendments to the Constitution is the word “citizen.” Often it is written “The right of the people…” The Bill of Rights protects everyone, including undocumented immigrants, to exercise free speech, religion, assembly, and to be free from unlawful government interference.

The 14th Amendment ensures that “…nor shall any State deprive any person of life, liberty, or property, without due process of law; nor deny to any person within its jurisdiction the equal protection of the laws.” U.S. Const. amend. XIV (emphasis added).

So now that we’ve established Assange’s rights, let’s talk about both of their rights being violated.We will start with the First amendment.

Congress shall make no law respecting an respecting an establishment
of religion, or prohibiting the free exercise thereof; or abridging the freedom of speech, or of the press; or the right of the people peaceably to assemble, and to petition the Government for a redress of grievances.

By indicting Assange on doing the j5ov that every good journalist does, they have violated all our rights under the First amendment. Journalists the world over have used the same practices as Assange for decades. The difference is Assange and Wikileaks invented a way to protect their sources in a much better way through their dropbox technology. If you prosecute one journalist, you have to prosecute them all. The U.S. government is vuolating the First amendment in this case against Assange and Manning to protect it’s war criminals.The 4th amendment:

The right of the people to be secure in their persons, houses, papers, and effects, against unreasonable searches and seizures, shall not be violated, and no Warrants shall issue, but upon probable cause, supported by Oath or affirmation, and particularly describing the place to be searched, and the persons or things to be seized.

The U.S. government has violated Assange’s rights to the 4th amendment through using the country of Ecuador to unlawfully seize his personal belongings from the embassy where he resided. These effects will be used in the judicial process to charge him under the antiquated Espionage Act. Legally, none of the findings from his property can be used under the 4th amendment therefore as it may have been tampered with.

No person shall be held to answer for a capital, or otherwise infamous crime, unless on a presentment or indictment of a grand jury, except in cases arising in the land or naval forces, or in the militia, when in actual service in time of war or public danger; nor shall any person be subject for the same offense to be twice put in jeopardy of life or limb; nor shall be compelled in any criminal case to be a witness against himself, nor be deprived of life, liberty, or property, without due process of law; nor shall private property be taken for public use, without just compensation.

in the case of Manning, he is being held without due process and held a 2nd time. Basically the fines imposed of 500 dollars per day after the first 30 days and the fines of 1000 per day are taking his property without just compensation. They are basically doing the same thing to him they did to Aaron Shwartz. They gave also deprived her of liberty without due process.

Under the 5th they have also seized Assange’s property without compensation.The 6th amendment:

In all criminal prosecutions, the accused shall enjoy the right to a speedy and public trial, by an impartial jury of the State and district wherein the crime shall have been committed, which district shall have been previously ascertained by law, and to be informed of the nature and cause of the accusation; to be confronted with the witnesses against him; to have compulsory process for obtaining witnesses in his favor, and to have the Assistance of Counsel for his defence.

First of all, the court which Assange will be tried in has no jury. The judge rules on Espionage cases and from her past, this will be biased as she has never found anyone not guilty. Assange will face a kangaroo court.Also this amendment protects an individual from retaliation. Manning has been retaliated against by the grand jury for not testifying. She had no chance to present legal reasons for her refusal and was sent directly to jail without a chance to defend herself.

8th amendment:
Excessive bail shall not be required, nor excessive fines imposed, nor cruel and unusual punishments inflicted.

This one really shows violations. Assange is being held under an extradition warrant by the U.S. in solitary confinement which after 15 days is considered torture. He is only allowed visitors twice a month. This definitely falls under cruel and unusual punishment. Even though he is being held in the U.K., it is due to the extradition warrant in this case.The fines inflicted upon Manning while being held in contempt are excessive in nature. Extremely so in that as she said she will starve before she backs off on her principles. It us absolutely unreasonable to fine a person a thousand dollars a day.

Under the Constitution, our government has set a precedent against our rights through the persecution and prosecution of both Manning and Assange that we cannot allow. We must fight these violations tooth and nail before our very democracy is destroyed.

One thought on “Ammunition From the U.S. Constitution To Use in the Fight to Free Assange and Manning”