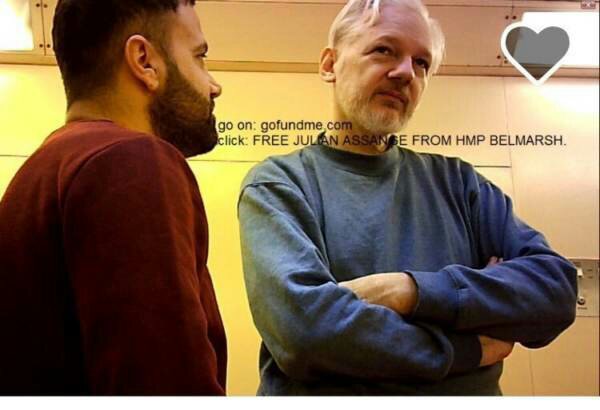 Perhaps you have already heard that Julian Assange was admitted to the hospital ward at Belmarsh hospital several weeks ago but no one seems to know why. The Sun, which is basically a tabloid, has an update. However, we have not confirmed if it is true or not. It is, however, the only media source to report on his health.

According to the article in the Sun:

And a prison source said: “Assange is unwell generally but has recently been struggling to eat which has made it worse.

“He looked near to collapse, gaunt and frail so they have got him in as a precaution.

“He will be looked after in the healthcare wing and given supplements and plenty of liquid if he is struggling with food.

“Some staff feared he was on hunger strike although that is not the case.

“Some of his health problems seem to stem from being cooped up in the embassy for so long.

‘STATE OF MIND NOT GREAT’

“And his state of mind is not great, either.”

A fellow prisoner pointed out that there was half-eaten food lying around in his cell during the leaked video footage of Assange. Assange had complained of tooth pain from his last stay in U.K. prison when the food he was eating had a piece of metal in it. This resulted in a cracked tooth that has need a root canal ever since and infections due to the lack of proper medical care in the Ecuadorian Embassy in London. Assange sought Asylum in Ecuador in 2012.

The leaker of the video tweeted this pic of a movement paper supposedly from the day before he was sent to the hospital ward. 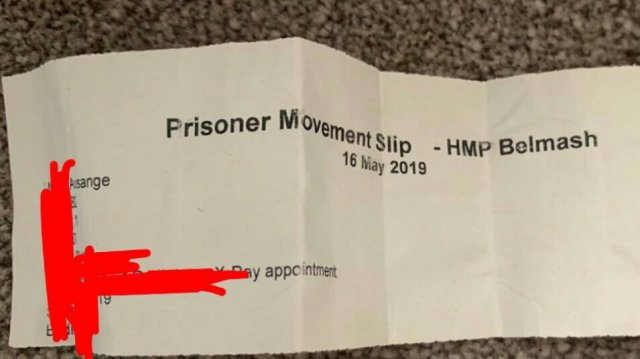 This is also not confirmed. As more updates become available, I will be sure to let you know.

2 thoughts on “Update on Assange’s Health”