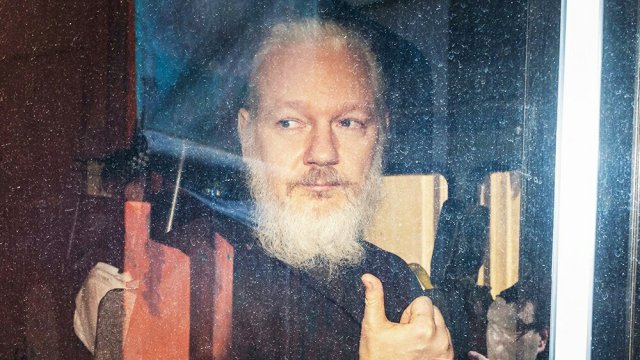 The Department of Justice has announced it will begin using capital punishment again only months after indicting Julian Assange with 18 indictments under the Espionage Act. This makes it totally illegal to extradite Assange according to the U.K.’s extradition treaty of 2003. According to Wikipedia (information can be seen here):

Under section 94 of the Extradition Act 2003, it is unlawful for an extradition of an individual to take place if the individual is accused of a capital crime, unless the Home Secretary has received assurances that the death penalty would not be applied in that case.

Even with assurances from the U.S. with the announcement that capital punishment will again be used in capital offenses, the U.K. would be fools to extradite.

The announcement can be seen here by the DOJ. They are resuming after almost two decades. It just seems convenient this decision was made so soon after issuing the extradition warrant in the Assange case. Any judge or politician in England should easily see what they are about to do.

If extradited, the judge most certainly will seek the death penalty in his case to silence him forever. We must not allow this to happen to an innocent publisher.

Congress has expressly authorized the death penalty through legislation adopted by the people’s representatives in both houses of Congress and signed by the President,” Attorney General Barr said.

In regards to Assange please also read my article Assange And The U.K./U.S. Treaty on Extradition: Can They Honestly Extradite Him Legally?