There have been numerous threats on Assange’s life from prominent public figures since he released the Collateral Murder video as well as the Afghan War files and the Iraq War files. He received numerous threats on Twitter which he revealed under the hashtag #liberaltolerance in 2017 from various people. (Many of whom deleted the tweets once he exposed them). According to https://defend.wikileaks.org/threats-to-wikileaks/ :

Numerous prominent US public figures and officials have made comments against Julian and WikiLeaks, suggesting a climate open to prosecution — or worse.

Obama’s Vice President Joe Biden referred to Julian in 2010 as a “high-tech terrorist”. Senate Republican leader Mitch McConnell agreed with Biden, adding that Julian Assange “needs to be prosecuted to the fullest extent of the law, and if that becomes a problem, we need to change the law.” Similarly, after calling Julian a “terrorist”, former House Speaker Newt Gingrich said Julian “should be treated as an enemy combatant. WikiLeaks should be closed down permanently and decisively.”

US Senator Joe Lieberman has suggested that the New York Times should be potentially investigated for working with WikiLeaks in publishing the leaked documents. “To me the New York Times has committed at least an act of, at best, bad citizenship, but whether they have committed a crime is a matter of discussion for the Justice Department”.

On Fox News, commentator Bob Beckel suggested the United States assassinate Assange: “A dead man can’t leak stuff. This guy’s a traitor, he’s treasonous, and he has broken every law of the United States. And I’m not for the death penalty, so … there’s only one way to do it: illegally shoot the son of a bitch”.

Here is a link to a video of threats: video link

Not to mention the most famous quote of all from Hillary Clinton: “Why can’t we just drone this guy?

Assange stated after tweeting dozens of threats the following:

“There’s thousands more on killing me, our other people, maiming, bombing, kidnapping, imprisoning for trying to educate people. What can I say? Liberals ain’t liberal. They’ve fallen into bed with the worst elements of state hardpower & love censorship and death.” 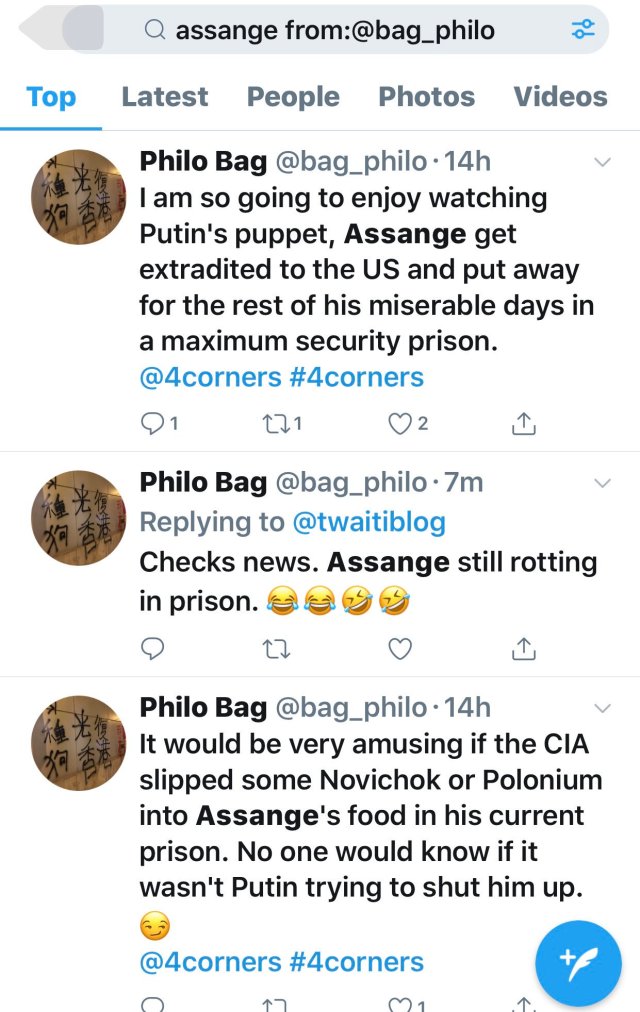 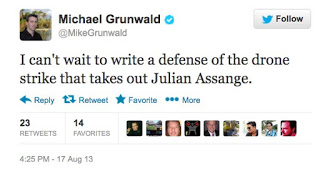 When Mike Pompeo was CIA Director, he made the following statement (found here):

But Mr. Pompeo’s harshest words were reserved for Julian Assange, calling the WikiLeaks founder a “narcissist” and “a fraud — a coward hiding behind a screen.”

He also called Assange a “false wizard.” As well as stating in October of 2017: “They’re an enormous threat — we’re working to take down that threat.”

If you are an Assange supporter and care at all about his fate, you find these statements painful and agonizing. Regardless of who made the comments, the fact is they are still threats and are illegal by law. Calling on people to follow through on these threats should be prosecuted. It is malicious and horrible to do so. Secretary of State of Pompeo admitted that the CIA “lied, stole and cheated” in the following interview. video link

How can he even call Assange anything? He belongs in prison. not in a president’s administration making huge decisions. Speaking of the President, Trump stated the following in 2012:

“I think it’s disgraceful, I think there should be like death penalty or something,” Trump said during the quick exchange uncovered online by CNN’s KFile.

The threats against Assange are due to the lies and smears of the MSM. By destroying his character, as any good government-controlled media celebrity does, they have led others to believe that Julian is a narcissistic, egotistical rapist. They have successfully turned much of the public against the hero who only wanted to inform the public of the injustices committed against the innocent. When the Media is shut down, they can only blame themselves. When they are imprisoned for telling the truth, the only person they can point their fingers at the men and women in the mirror.

As for the politicians who have issued such threats, may karma bite them in the ass.